Get ready to make monstrous melodies!   (credit to Brett34 for the other upload, this one plays the game in an emulator)
Topics: Nickelodeon, Real Monsters

Face Has Letters Of The Alphabet From A To Z.
Topic: Nick Jr Face

The first Kenny's Rampage game was notorious for its gratuitous violence throughout South Park Gaming when it was first released. It was basically the Grand Theft Auto of SPG. You played as Kenny, went on a killing spree through a building, gunning down innocent civillians, S.W.A.T. teams and army soldiers and medics, before taking your own life at the end. It was all good fun, and the gory violence was simply a huge milestone for South Park Gaming back then. However, the game lacked any...
Topics: south park, south park gaming, kenny's rampage, spgarchives, spg, clickteam, klik n play, klik and...

The sequel of the grandfather killing spree game. Taking place at the same time as the original, this game puts you in the shoes of Stan as he attempts to stop Kenny's killing spree. This sequel was notable for providing a story to a game that was essentially just violence at one point, and explains how the F.B.P.P. (Federal Bureau of Poor People) murdered Kenny's family, causing him to seek revenge. Despite the interesting plot, the main focus is still on gratuitous violence, so people who...
Topics: south park, kennys rampage, kenny's rampage, klik n play, Games Factory, Click n Create, Clickteam,...

Road Frog (1983)(Spectrum Games)[16K] Released 1983 Also For Oric Published by Spectrum Games Limited Perspective Top-down Genre Action Gameplay Arcade Visual Fixed / Flip-screen Description Not to be confused with that other Frogger clone, Road Toad , this is one of the earliest games released by what was to become Ocean Software. As a Frogger clone, the 16 K Spectrum version has only the bare necessities. There is the road, the cars and the logs in the river to jump on. The 48K Oric version...

Caterpilla (1984)(Spectrum Games)[16K] Released 1983 Also For VIC-20 Published by Spectrum Games Limited Perspective Top-down Genre Action Gameplay Arcade, Shooter Visual Fixed / Flip-screen Description Caterpilla is a clone of the arcade game Centipede . A long slithering insect gradually moves down the playfield and must be shot one piece at a time before it reaches the bottom of the screen. The mushrooms dotting the screen can also be shot, and a menacing giant spider appears from time to...

The Amstrad CPC (short for Colour Personal Computer) is a series of 8-bit home computers produced by Amstrad between 1984 and 1990. It was designed to compete in the mid-1980s home computer market dominated by the Commodore 64 and the Sinclair ZX Spectrum, where it successfully established itself primarily in the United Kingdom, France, Spain, and the German-speaking parts of Europe. The series spawned a total of six distinct models: The CPC464, CPC664, and CPC6128 were highly successful...

Aliens (1986)(Electric Dreams Software) Developed by Activision, Inc. Released 1990 Also For Amstrad CPC, Apple II, Commodore 64 Published by Alternative Software Ltd. Perspective 1st-person Vehicular Flight / Aviation Genre Action Misc Licensed Gameplay Arcade, Puzzle elements Description Based on the science fiction movie Aliens from 1986. After the contact got broken to the base on LV-426, Ripley and a group of soldiers make their way to this planet. While the Electric Dreams version of...

Arachne is a full-screen Internet suite containing a graphical web browser, email client, and dialer. Originally, Arachne was developed by Michal Polák under his xChaos label, a name he later changed into Arachne Labs. It was written in C and compiled using Borland C++ 3.1. Arachne has since been released under the GPL as Arachne GPL. Arachne supports many file formats, protocols and standards including video modes from CGA 640×200 in monochrome to VESA 1024×768 in high color mode (65,536...
favoritefavoritefavoritefavoritefavorite ( 1 reviews )

A fighting flash game in the style of Punch-Out!! with SpongeBob characters
Topics: Spongebob, fighting, flash

Homestar Talker is a game where you can make Homestar say hillarious stuff.
Topic: Homestar Runner

You are the cool squirrel of the title, and you must defeat the evil Yeti before he freezes the entire world. Your quest will make you explore many areas such as a forest, a witch's cottage, a volcano, the clouds, a circus... Mr. Nutz  is a platform game, in which Nutz must jump on enemies to kill them. His tail can also be controlled. You move through levels using ledges, ladders, bridges and platforms. There are some simple puzzles involving object manipulation.
Topics: Nutz, Gameboy Color 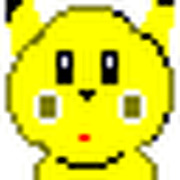 Create and Design your own Snowman.   (credit to Brett34 for the other upload, this one plays the game in an emulator)
Topic: Snowman

Click on a color, then click on the area you'd like to paint. Use the drawing tools to add your own style, and click on the arrows for more points! 21 colors are given to fill in various SpongeBob pictures, and six tools are in place if the player wishes to enhance their picture.
Topics: SpongeBob, Nickelodeon, Flash

An early Flash game that was later remade in HTML5. https://www.albinoblacksheep.com/games/urinal
Topic: Flash

GamePro's Game Rating System, Recreated in Photoshop. It used to be the absolute go-to when it came to reading videogame reviews - the instantly recognizable, straight-to-the-point rating system created by GamePro magazine. Before reviews were over-simplified, over-complicated, or... well, purchased by the game developers themselves, GamePro lead the way with a balanced, honest, graphical tidbit at the end of every review. There were several versions of it over time, but this one (introduced in...
Topics: gamepro, rating, rating system, ratings, game, games, videogames, video games, magazine, mag,...

A disk image containing every Macintosh release of Mosaic Netscape and Netscape Navigator from 0.9 through 4.04. "Save the Lizard!" Alas, these don't run. Possibly emulation of a color Mac is required? (These work in BasiliskII emulating a IIci with this system disk and Quadra-650.ROM, FWIW.)
Topics: Netscape, Mozilla, Mosaic, Web Browser, NSCP

The Rugrats Movie  is a traditional 2D platform game based on the 1998 movie of the same name, which in turn is based on the Daytime Emmy-award winning animated television series. In the game Tommy Pickles' little brother (Dil) has vanished without a trace and it is up to the Rugrats to find a replacement baby for Dil Pickles. The game features eight levels including Pickles house, the hospital, woods, and ancient ruins. There are two levels in which you drive the Reptar Wagon in a top-down...
Topics: Rugrats, Gameboy

Developed by Softie, Inc. Platform DOS Published by Hi-Tech Expressions, Inc. Released 1990 Gameplay Platform Perspective Side view Misc Licensed Genre Action Setting Prehistoric Visual 2D scrolling Description The Flintstones: Dino: Lost in Bedrock is a platform game based on the famous animated show. Fred Flintstone's pet dinosaur, Dino is, well, lost in the city of Bedrock. Fred Flintstone and Barney Rubble try to find him. The game is divided into several levels. You walk as either Fred or...

Blow the evil Barneys away with your mouse cursor turned gun.  Don't let any of those disgusting dinosaurs disappear without a bullet in their brain. You get 5 points for every dead Barney and you get 2 points subtracted for every Barney that gets away.
Topics: Windows games, Vintage computer games, Action games

This desktop application allows you to set reminder messages that Stuart Little will deliver to you when you launch it. Since this game is 16-bit and Microsoft was too lazy to allow non real-mode 16-bit applications to work on 64-bit Windows it is not compatible with any 64-bit version of Windows.   A workaround using software called  WineVDM (OTVDM)  can be used to run this program on 64-bit versions of Windows. Also the application must be ran as administrator for 32-bit versions of...
Topics: Stuart Little, Reminder Message, AdTools, Desktop Application

A puzzle with pipes, connect them to fill your Oreo cookies with creme. A fun game in the classic pipe connecting puzzlegame genre. Place the pieces on the grid. When you see an alien stealing your delicious creme, use the cereal bowl to distract him
Topic: Flash

Software Library: Flash Games
Cyberchase - Can You Fill It?
by PB SKids
software

Goth kids have shot up your school, and it's up to Pico to save the day! Originally featured on Newgrounds in 1999, I finally refactored the .FLA to accommodate faster computers. The problem with this game was that it was meant to run at 24fps, but boss battles slowed down and made things easier. As computers got faster, so did the boss battles.
Topic: Flash

Pico vs. Uberkids is a point and click game created by Tom Fulp in 2000. Like Pico's School, it was made in Flash 3. It is the third major game on Newgrounds to feature Pico, who has since become one of Newgrounds's mascots Genetically engineered Uberkids have joined Pico's school. Are they truly better at EVERYTHING? We'll find out with a game of Rock Paper Scissors Roulette! This is the original version that features sound effects from " Who Wants to Be a Millionaire".
Topics: flash, animation, violence, game, edgy, funny, macromedia, adobe, newgrounds

Aladdin and the King of Thieves "Find the Treasure" Game 2-Lane Media, 1996 Windows 3.1 Executable, Macromedia Director Currently, this game has no audio in the emulator - will reupload when fixed
Topics: Aladdin, Treasure, Shockwave, Game

This is the Reversi game that was part of windows 1 to 3.0 This version is designed for windows 3.x
Topics: Windows games, Vintage computer games, Board games

More commonly known as the best game in Microsoft's Windows Entertainment Pack series and one of the most innovative games ever made for any system, Chip's Challenge was actually first released by Epyx in 1990 with little fanfare. The game even has a neat plot for an action game: Chip is a love-starved nerd who's desperate for a date with Melina, a fellow nerd (nerdette?). To prove that he's worthy of her attention, Chip must go through dozens of rooms to get to Melanie. Unlike a typical puzzle...
Topics: puzzle, strategy